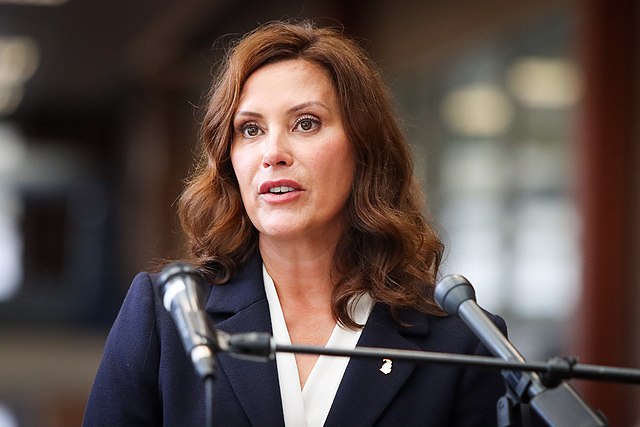 City of Detroit, PDM-owner, via Wikimedia Commons
Like Freedom Press? Get news that you don't want to miss delivered directly to your inbox

Democratic Michigan Gov. Gretchen Whitmer has made abortion rights a cornerstone of her re-election campaign and rarely misses an opportunity to weave her pro-choice message into public statements.

On Monday, for example, she tweeted: “As long as I’m governor, I will fight like hell to defend access to abortion in Michigan.”

About an hour before explicitly endorsing the right to end the lives of unborn children, however, she claimed to be a champion of those children fortunate enough to avoid being aborted in the womb.

Although Whitmer has always been an unapologetically pro-abortion politician, her rhetoric has become more direct and emphatic since the U.S. Supreme Court’s decision to give individual states the right to determine their own abortion laws.

After the Roe v. Wade decision was overturned earlier this year, the governor declared: “I want every Michigander to know that I am more determined than ever to protect access to safe, legal abortion.”

She went on to promise that her administration would “use every tool in our toolbox to protect women and reproductive health care.”

Later on in the same statement, Whitmer asserted that her position on abortion rights was somehow in the best interest of children.

“I will fight like hell to protect every Michiganders’ right to make decisions about their own body with the advice of a medical professional they trust,” she said. “I will not give in or give up for my kids, your kids, and the future of our great state.”

Of course, Whitmer is not alone in putting most of her political eggs in the abortion basket ahead of November’s midterm elections.

As of the end of last month, Democratic candidates and political action committees had spent $18 million to run campaign ads focused on abortion rights. Politico noted that this total is more than three times higher than the party spent on such ads during the entire 2018 midterm election cycle.

Not all Democratic candidates are convinced that offering a single-issue platform will be enough to secure victory at the polls, though.

For his part, U.S. Rep. Pat Ryan (D-NY) said: “There’s no one I’ve ever talked to who cares only about one issue. We have to have a holistic message.”