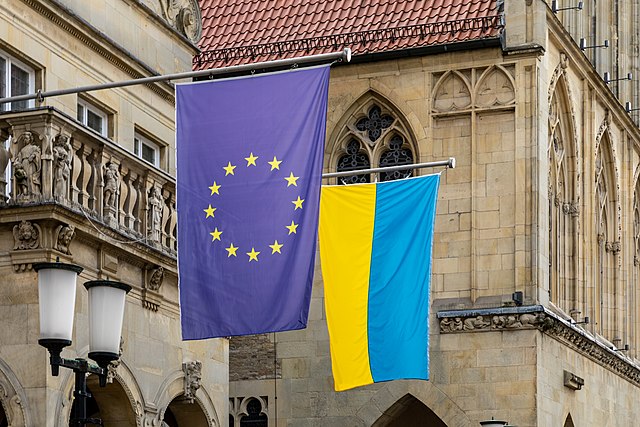 Europe may be looking at “social unrest” in the very near future if the continent is hit with a cold winter this year, according to the head of the International Monetary Fund (IMF).

Kristalina Georgieva, the managing director of the IMF, is warning of the possibility of “social unrest” as Europe is struggling to find a solution to a serious energy crisis and economic problems, which could be made worse by the upcoming winter weather.

Her comments are just the latest of many warnings that Europe is facing societal instability — as many commentators across England, France and Germany have all expressed concern that the public could lose its patience should they find themselves unable to heat their homes in the coming months.

Georgieva, an economics expert, is echoing those fears and warning that the current situation across the continent is already “horrible,” according to a report from Reuters.

“There is certainly fear of recession in some countries, or even if it is not a recession, that it would feel like recession this winter,” she said.

“And if Mother Nature decides not to cooperate, and the winter is actually harsh, that could lead to some social unrest,” Georgieva predicted.

The IMF director went on to note that it was now the responsibility of the European Central Bank (ECB) to manage the fallout, and to take action to fight rampant inflation while also making sure to keep in mind “the necessity to keep the economy going.”

Georgieva is not the only one bringing up concerns over the public’s reaction to the crisis.

Unite trade union head Sharon Graham compared the current sentiment in the United Kingdom to tensions during the poll tax riots, which occurred in the early 1990s as a response to a levy imposed by then-Prime Minister Margaret Thatcher.

“I actually think there is a moment where people could rise to doing exactly the same thing again,” Graham warned, adding that she did not have a “shadow of a doubt” that tensions have become at least as bad as they were back then.

Meanwhile, the leaders of many European countries are still more focused on promoting the climate change “green energy” agenda, which provides unreliable sources of energy at a time when the public is in dire need of a solution they can depend on.

French president Emmanuel Macron has repeatedly urged the people of France to stay calm and to cooperate while claiming that the country is approaching the “end of abundance.” Macron has also stressed the importance that the public remain compliant while he continues to push his green energy and social agendas.

“Basically, we are living through the end of abundance, that of costless liquidity — we will have to draw the economic consequences — that of products and technologies that seemed perpetually available to us, the break in value chains,” he said.

“Faced with this great shift, our fellow citizens may react with great anxiety,” Macron added, going on to beg his citizens to “agree to pay the price” for what he described as “our freedom and our values.”

Meanwhile, in Germany, one leader branded anyone daring to criticize the government’s handling of the gas crisis as “new enemies of the state.”

“It’s no longer about protesters, it’s almost about something like new enemies of the state that are establishing themselves,” said Herbert Reul, who serves as the Interior Minister for the German state of North Rhine-Westphalia.

While Europe’s green energy policies are partially to blame for their current woes, their reliance on Russian energy has also been a cause of their energy crisis, as the Russian invasion of Ukraine and resulting sanctions have led to a reduction in energy supply to Europe.

The problem has gotten so bad that one Russian gas company, Gazprom, made a video taunting Europe for their impending winter gas shortages — depicting European cities freezing over.