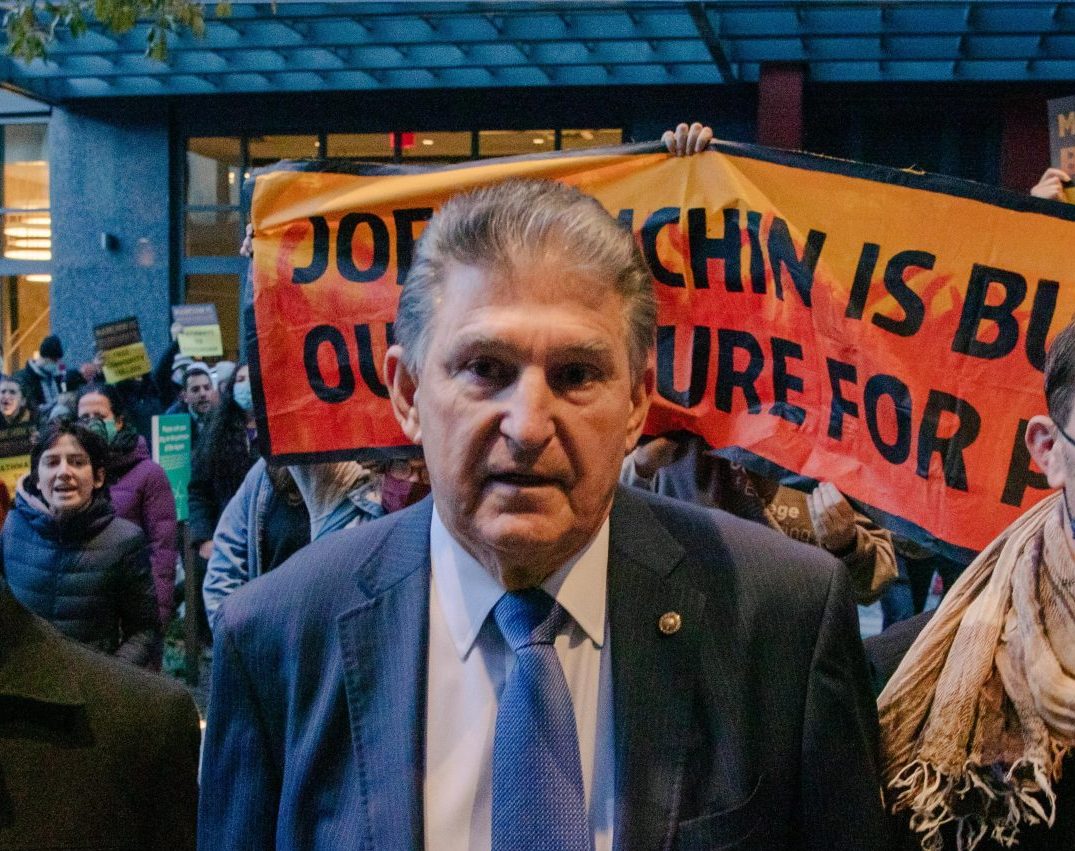 Sen. Joe Manchin (D-WV), who is known as the most moderate Democrat in the Senate, has said that he will consider leaving the Democratic Party ahead of his 2024 reelection campaign.

Speaking with reporters on Monday, Manchin said that while he has “no intention” of leaving the party at the moment, he will “look at” the possibility in the future.

“I’ll look at all of these things. I’ve always looked all [sic] these things but I have no intention of doing anything right now,” the Democrat senator said.

Manchin left the possibility open that he may make the party switch, which many have predicted for some time now — especially in the wake of Sen. Kyrsten Sinema’s (I-AZ) decision to leave the Democrat Party last week and become an independent.

While the West Virginia senator didn’t outright say that he was considering the move, he did suggest that there was a possibility in the future.

“Whether I do something later, I can’t tell you what the future’s going to bring. I can only tell you where I am and my mindset” at the moment, Manchin said.

Manchin represents West Virginia, a state that voted for former President Donald Trump over President Joe Biden by nearly 40 points in 2020. The Democrat senator has always leaned towards the center in an effort to better represent the citizens of his deep red state, often standing up against the more radical members of his own party.

During his conversation with reporters, Manchin also noted that he respects Sinema’s decision to leave the Democrat Party and become an independent.

“I tremendously respect her decision and wish her the best,” he said. “I want to work with Kyrsten everyday, the same as I have before.”

Last week, Sinema revealed that she was leaving the Democratic Party because she “never fit neatly into any party box.”

“I know some people might be a little bit surprised by this, but actually, I think it makes a lot of sense,” the Arizona senator said. “I’ve never fit neatly into any party box. I’ve never really tried. I don’t want to.”

Sinema and Manchin have both stood up to Democratic Party leadership on a variety of issues, including to protect the Senate filibuster — despite vicious attacks against them from colleagues and members of the left-wing media.

Breitbart News notes that Manchin “is likely hopeful his opposition to a few of Biden’s priorities will help him win his reelection campaign.”

The West Virginia Democrat already has at least one Republican challenger in his 2024 Senate race — Rep. Alex Mooney (R-WV), who has declared his candidacy for a GOP primary. Other potential challengers being floated include West Virginia Gov. Jim Justice (R) and West Virginia Attorney General Patrick Morrisey (R).