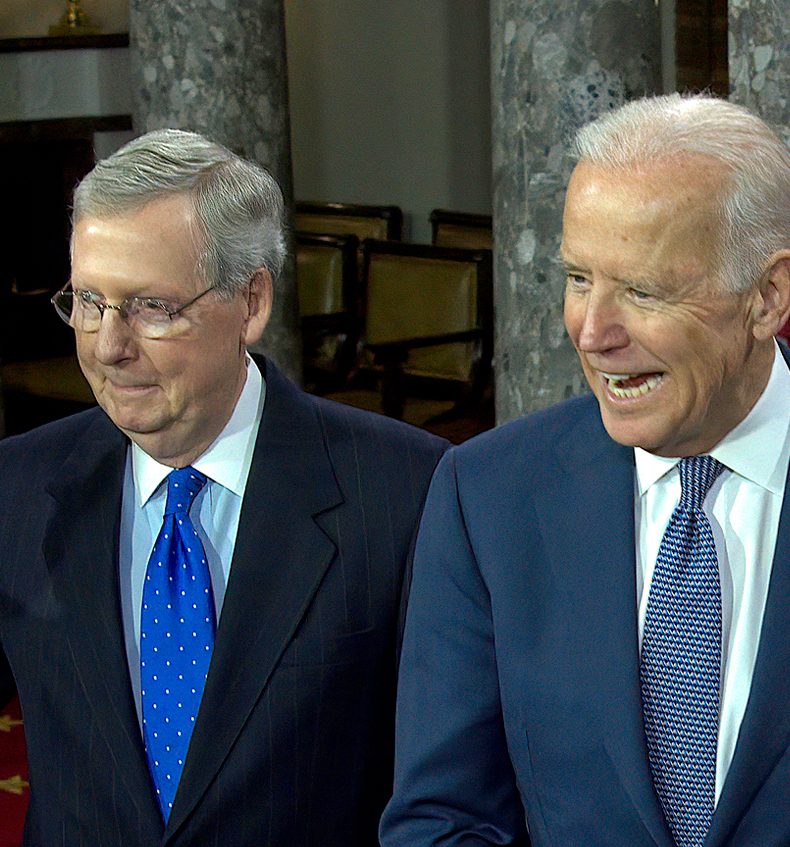 Despite objections from House GOP Leader Kevin McCarthy, who is expected to become Speaker of the House when Republicans regain the majority in the chamber next month, other congressional leaders have apparently given in to pressure from lobbyists and agreed to include the controversial media cartel bill in the base text of the NDAA.

According to Breitbart News, “McCarthy was the only member of congressional leadership to fight back against the inclusion, but was overruled three to one after McConnell caved.”

Of course, the JCPA has absolutely nothing to do with national defense — but that isn’t stopping Congress from stuffing it into the NDAA.

Breitbart News characterized the move as “a swan song of sorts for Pelosi, who just announced she is leaving congressional leadership but retaining her House seat after Democrats lost the majority to the GOP in the midterm elections” and “an egregious step for an outgoing leader of the past against precedent as the NDAA has generally been reserved just for national security matters.”

The media cartel bill is essentially just a transfer of wealth from Big Tech to the left-wing mainstream media. Along with financial payouts from Silicon Valley to media companies, the legislation allows the media outlets to form a “joint negotiating entity” — a cartel, immune from antitrust law — in order to negotiate with Big Tech companies regarding the “terms and conditions” for carrying their content.

These mainstream media outlets, which heavily lean to the left, will likely demand censorship. While the bill contains weak provisions purportedly designed to stop these companies from negotiating the suppression of any one competitor, there is actually no provision designed to stop them from requesting that their content be prioritized over certain broadly drawn and obscure categories which are often used as pretexts for censorship, such as “misinformation.”

Breitbart News has reported on how the JCPA continues to enable the censorship and sidelining of conservative media.

“Even with the hastily-added Senate amendment aimed at addressing conservative concerns regarding collusion between the media industry and Big Tech on the censorship of competitors, the bill still contains plenty of ways for the cartel to sideline conservative media,” the outlet wrote.

“Provisions to ensure the cartel cannot discriminate on the basis of ‘viewpoint’ are particularly unconvincing,” the outlet added, noting that these entities are able to appear “viewpoint-neutral” by claiming that they are simply censoring people for things like “misinformation,” “hate speech,” “conspiracy theories” and “other purportedly viewpoint-neutral reasons.”

Attaching this unrelated legislation to the NDAA, which is considered a must-pass bill, is especially controversial — as it allows Congress to bypass deliberation on the floor regarding the merits of the legislation. It also adds controversy to an issue that is largely uncontroversial within Congress — defense spending.

Meanwhile, progressive organizations — including Fight For The Future, the ACLU and Public Knowledge — have launched a last-minute effort to stop the JCPA.

“We have joined 25+ orgs in demanding the awful #JCPA not be included in the NDAA,” the official account of Fight For The Future tweeted.

These far-left organizations have joined center-right nonprofits, including the Niskanen Center and R Street Institute, to oppose Congress’ effort to include the JCPA in the NDAA — arguing that the benefits from the media cartel bill will go to large media conglomerates and big broadcasters rather than frontline journalists.

Republican lawmakers have also spoken out about the legislation. Sen. Mike Lee (R-UT) condemned the bill while speaking in the Senate, calling it “Obamacare for the press.”