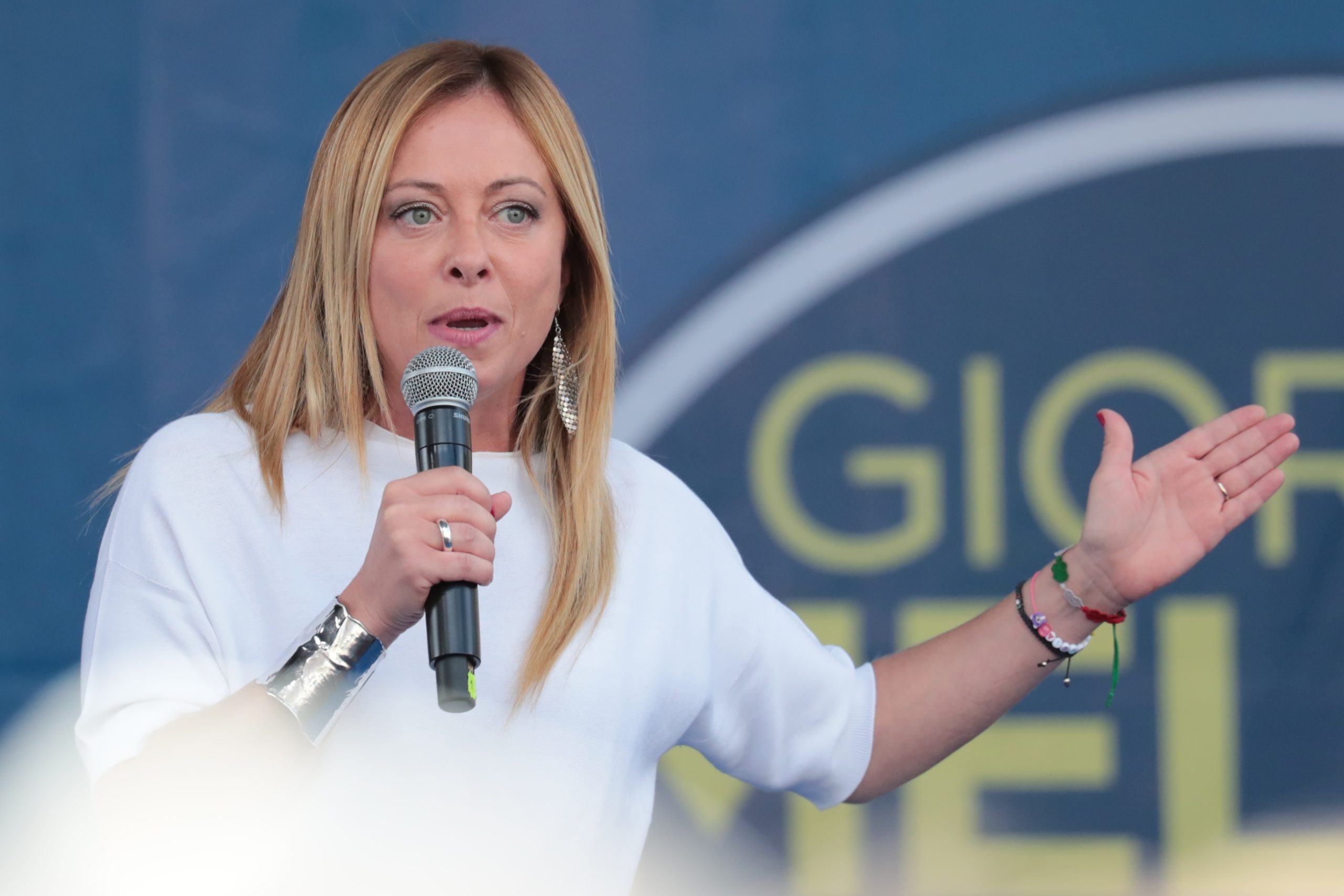 A video of a ‘pro-family’ speech from incoming conservative Italian Prime Minister Giorgia Meloni was removed by YouTube for supposedly “violating YouTube’s Community Guidelines,” though the platform later reversed course and reinstated the video.

Meloni, who the left-wing media has demonized as “far-right,” won her election on September 26.

Meloni gave the speech during the World Congress of Families event in 2019. Video of the speech went viral this week online after she won the election to become Italy’s first female prime minister.

“Why is the family an enemy? Why is the family so frightening? There is a single answer to all these questions,” Meloni said in the speech, according to a transcript from The Washington Post. “Because it defines us. Because it is our identity. Because everything that defines us is now an enemy for those who would like us to no longer have an identity and to simply be perfect consumer slaves.”

A clip of the prime minister’s speech was shared on Twitter by Greg Price, and received a stunning 20.6 million views.

“I can’t define myself as Italian, Christian, woman, mother. No. I must be Citizen X, Gender X, Parent 1, Parent 2,” the incoming prime minister said. “I must be a number, because when I am only a number, when I no longer have an identity or roots, then I will be the perfect slave at the mercy of financial speculators. The perfect consumer.”

“Those things that disgust people so much, we will do it to defend our freedom because we will never be slaves and simple consumers at the mercy of financial speculators. That is our mission,” she continued.

YouTube removed the video of her speech on Wednesday, adding an ambiguous message that the video was “removed for violating YouTube’s Community Guidelines.”

As usual, the platform did not provide specifics about which “community guideline” had been violated in the video.

The Daily Wire reached out to YouTube for more information about the issue, and a spokeswoman revealed that the video had been reinstated.

“Upon careful review, we determined this video is not violative of our Community Guidelines and have reinstated it,” YouTube spokeswoman Ivy Choi told the outlet via email.

“We enforce our policies regardless of the speaker’s political views and when it’s brought to our attention that a video has been mistakenly removed, we review the content and take appropriate action, including restoring the relevant videos or channels–as we have done with this video,” she added.

‘The View’ Hosts Attack DeSantis After He Thanks Biden