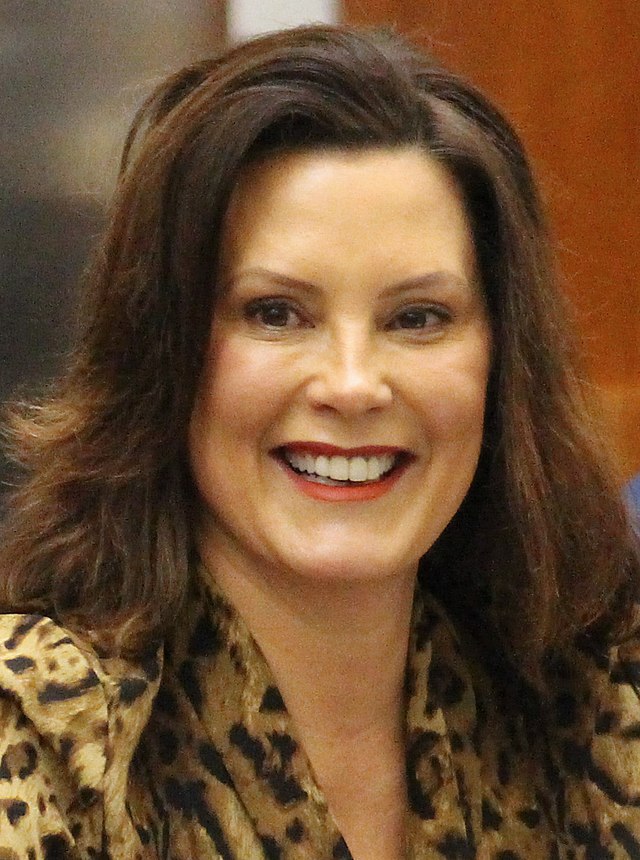 Julia Pickett, CC BY-SA 4.0 , via Wikimedia Commons
Like Freedom Press? Get news that you don't want to miss delivered directly to your inbox

A longtime darling of the Democratic Party is in serious danger of being fired by voters in Michigan. Gov. Gretchen Whitmer (D) was at one time a leading candidate to become Joe Biden’s running mate for the White House. Now, new polling data published on Monday shows she is now in a virtual tie with GOP challenger Tudor Dixon.

The new poll was conducted by Michigan News Source and the Trafalgar Group. It shows Whitmer and Dixon each have about 48% support among likely voters as the race mirrors trends around the nation of surging support for Republican candidates.

RealClearPolitics (RCP) now projects that Dixon will defeat Whitmer by 2.5 percentage points and win the governorship. The current RCP polling average has Whitmer ahead of Dixon, 48.7% to 45.5%. However, RCP’s analysis shows that over the last three election cycles, polls have undercounted the true support for GOP candidates by 5.1%, leading to the projection that Dixon is set to win the race.

RCP now projects that 31 states will have Republican governors and 19 will have Democratic governors after next month’s elections. That would mark a net gain of 3 states for the GOP. Nevada, Oregon, and Wisconsin are projected to be pick-up gubernatorial states for Republicans.

Voters appear to be turning away from Democratic candidates in races around the country only two weeks before Election Day as most Americans are indicating that crime, inflation, and border security are among their top concerns. Democrats are likely finding very late in the game that emphasizing abortion access and January 6 as key issues is not nearly as interesting to voters.

In Michigan, Whitmer is probably struggling with Democratic and independent voters in the Detroit metropolitan area, where crime and violence punish residents every day. The reporting of the national report card for American schools issued on Monday also indicates the area is among the worst in the country for 4th- and 8th-grade reading and math scores.

As is true around the country, parents in Michigan have expressed outrage with extended school closures as the result of political opportunism by leaders and teachers’ unions since the earliest days of the COVID-19 pandemic.