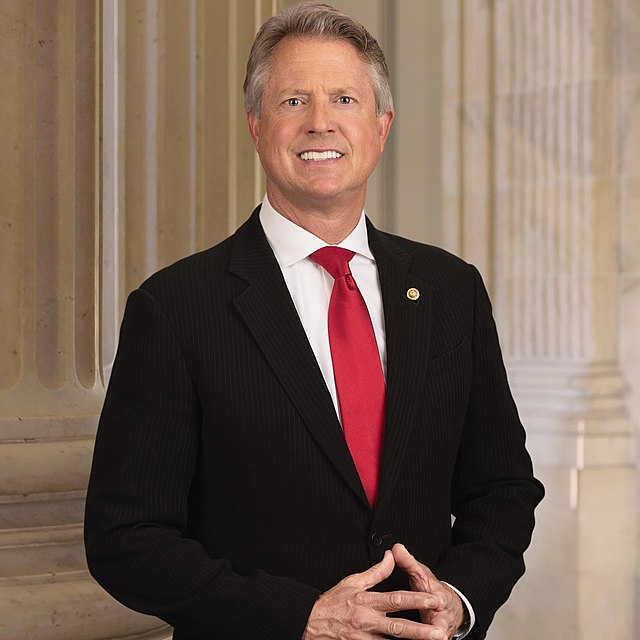 US Senate Photography Office, Public domain, via Wikimedia Commons
Like Freedom Press? Get news that you don't want to miss delivered directly to your inbox

Americans are dying from fentanyl overdoses at an alarming rate, and Sen. Roger Marshall (R-KS) is demanding that the Biden administration — and Big Tech companies — take action.

Appearing on Newsmax’s “The Record with Greta Van Susteren” on Monday, the Kansas senator called on President Joe Biden to declare the fentanyl crisis a “national emergency.”

Marshall discussed legislation he had proposed which would hold social media companies accountable for individuals using their platforms to facilitate drug dealing.

Social media companies “need to be proactively working with our law enforcement officers just like they do with human trafficking, child pornography, that type of thing,” the Republican senator argued, as he called for Congress to support the Cooper Davis Act — which was named after a 16-year-old who had died from fentanyl-laced Percocet pills.

Marshall went on to reveal that more deaths from fentanyl poisoning have occurred in the U.S. than deaths of “soldiers in the Vietnam War.”

“I just want to emphasize what type of epidemic this truly, truly is. Fentanyl poisoning is the number one killer for young adults. We’ve lost more Americans from fentanyl poisoning than we lost soldiers in the Vietnam War,” he said. “We need President Biden to declare this a true emergency.”

Marshall also expressed hope that a letter sent to the CEOs of Big Tech giants — Instagram, TikTok, Snapchat and YouTube — led by Sen. Steve Daines (R-MT) will prompt the companies to take action to fight the crisis.

“They know how to fix the problem better than I do,” Marshall stated. “I’ve always said, ‘Those closest to the problem can fix it.’ I expect them to cooperate. I assume there’s good people there, as well. So, we’re going to figure this out.”

The Kansas Republican then pointed out the driving force behind the fentanyl crisis: the open border, which allows the deadly drug to flow into the United States.

“The real problem is the open southern border,” Marshall said. “Seven tons of fentanyl came across the border in the past year. The problem is just swelling every day.”