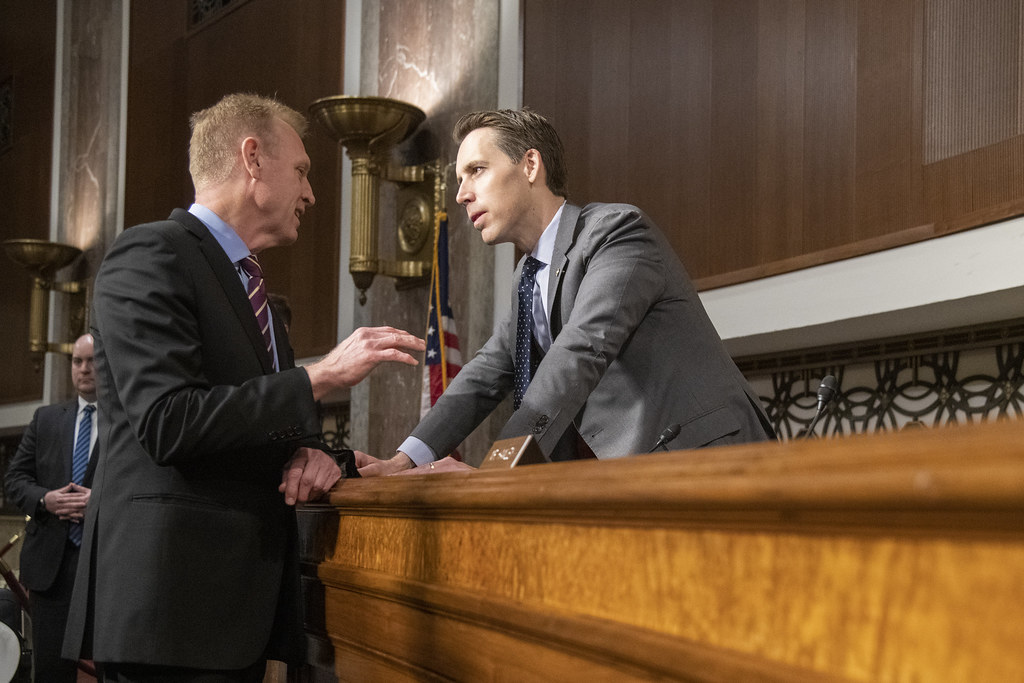 In a series of tweets sent out in response to the raid, the Missouri Republican condemned President Joe Biden for taking the U.S. “into dangerous waters” through his politicization of federal law enforcement, and called for action to be taken against the leaders of the Department of Justice and the FBI.

“The raid by Joe Biden’s FBI on the home of a former president who is also Biden’s chief political opponent is an unprecedented assault on democratic norms and the rule of law. Biden has taken our republic into dangerous waters,” Hawley tweeted.

“At a minimum, Garland must resign or be impeached,” the senator added. “The search warrant must be published. Christopher Wray must be removed. And the FBI reformed top to bottom.”

It appears that Hawley is not alone in his plans to go after the federal agencies, as several other Republican leaders have pledged to do so if the GOP takes back Congress in the November midterms.

Breitbart reports that House Minority Leader Kevin McCarthy (R-CA) vowed on Monday to launch an investigation into Garland in response to the raid.

“I’ve seen enough,” the California Republican declared. “The Department of Justice has reached an intolerable state of weaponized politicization.”

“When Republicans take back the House, we will conduct immediate oversight of this department, follow the facts, and leave no stone unturned,” McCarthy added. “Attorney General Garland, preserve your documents and clear your calendar.”

Meanwhile, Lara Trump, the wife of the former president’s son Eric Trump, said during an appearance on Fox News that the FBI’s raid should have left every American concerned that the supposedly independent federal agencies have been politicized.

“I have spoken to my father-in-law,” she said. “I got to tell you, you know, he’s as shocked as anybody. I think for someone and anyone quite frankly who loves this country and believes in America, this should shake you to your core.”

“What has happened today, this is a very clear demarcation in the history of America,” Lara added. “Never before, as many of our guests have already talked about, have we seen something like this happen, where an unannounced raid by the FBI is conducted on a former president of the United States.”

“Think about this, if this is what they’re able to do to the former president of the United States, think about what they could do to you, to anybody in America,” she concluded.