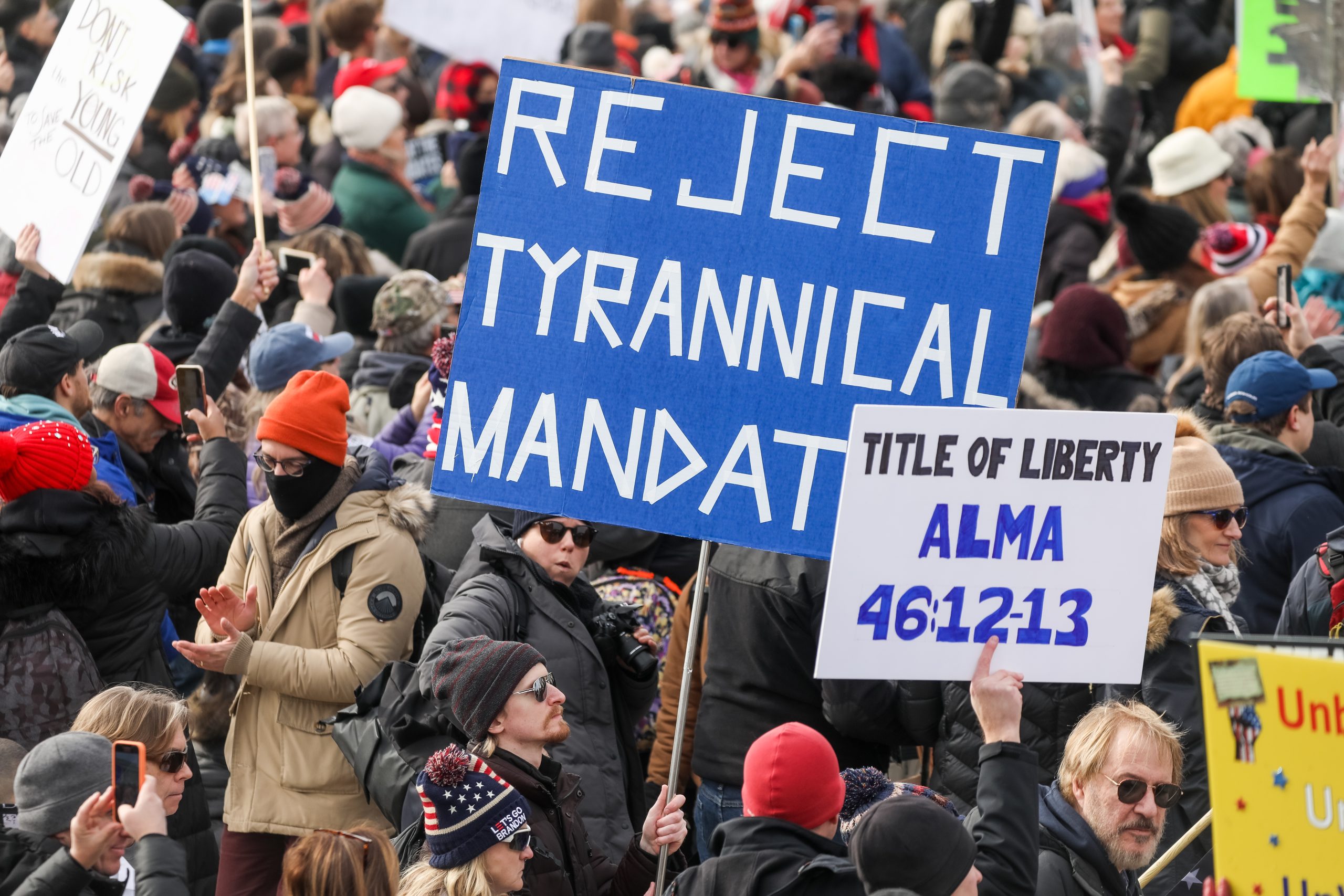 As Republicans analyze the outcomes of last week’s midterm elections, one theme appears to run consistently through the GOP candidates who had success – resistance to COVID-19 overreach was highly rewarded.

Governors and Washington lawmakers alike found that fighting to keep businesses and schools open and challenging the Biden administration narrative paid off at polling places.

The Federalist on Friday outlined some of the politicians who fought for their constituents and had election results that show how effective that advocacy is in making a difference in peoples’ lives.

Sen. Rand Paul (R-KY) won reelection to a third term in the Senate on Tuesday, winning all but three counties in Kentucky and pulling in 61.8% of the vote. Paul is a medical doctor and practiced ophthalmology full-time before joining the Senate in 2010.

He has been the most notable champion of medical freedom in the Senate since the beginning of the pandemic and has questioned Dr. Anthony Fauci, the top federal figure in the government’s pandemic response. Sen. Paul began grilling Fauci as early as June 2020 about why children were not returning to in-person education.

Since mid-2021, Paul has repeatedly questioned Fauci about his knowledge of the origins of the novel coronavirus and the nature of federal taxpayer funding of “gain-of-function” research at China’s Wuhan Institute of Virology. Fauci has denied the allegations raised by Paul at every turn, even though proof of gain-of-function viral research using U.S. funding has been shown through disclosures that vindicated the accuracy of Sen. Paul’s claims.

Sen. Ron Johnson (R-WI) won reelection in a tight race with Democrat Mandela Barnes, coming in with 50.4% of the vote. Johnson was notable for his refusal to meekly accept the necessity of mandating the experimental COVID-19 vaccines. He consistently addressed the adverse reactions many Americans had to the jabs, leading the corporate media to relentlessly attack him for spreading “fundamentally dangerous misinformation.”

Johnson was vindicated by voters for keeping a focus on the censorship and misconduct by Big Tech firms. He fearlessly pressed executives at Twitter, Facebook, and YouTube for their attempts to stifle valid and scientifically substantiated COVID information.

Republican Eric Schmitt won election to a first term in the Senate from Missouri with 55.4% of the vote. As the Show-Me State’s attorney general, he fought vigorously against vaccine mandates. He said his mission was to “protect the rights of individuals” in Missouri from being forced into “some futuristic, dystopian, biomedical security state.”

Schmitt led 11 states in a federal lawsuit against Biden’s mandate for private businesses, leading to the mandate eventually being struck down by the Supreme Court.

Gov. Ron DeSantis (R) of Florida was the most prominent state government leader in the fight against COVID reaction overreach. He moved rapidly to reopen all businesses in his state and to get all schools open for in-person education as quickly as possible.

DeSantis also fought aggressively against vaccine mandates. He initiated both executive orders and state legislation to ban requirements for vaccine “passports” in the Sunshine State.

The strength of his courage and his ability to communicate to Floridians led to his reelection last week by the most notable landslide in the country. He won by 20 percentage points with 59.4% of the vote.